TheStarChild2009 had been hacked on YouTube, YouTube takes the side of the hackers who stole her account and punished Roberta (channel owner) for being hacked; 13 years worth of videos DELETED, 11,000 subscribers terminated; YouTube complicit in hacking crimes, INDICT YOUTUBE/DARPA.mil for being complicit in hacking 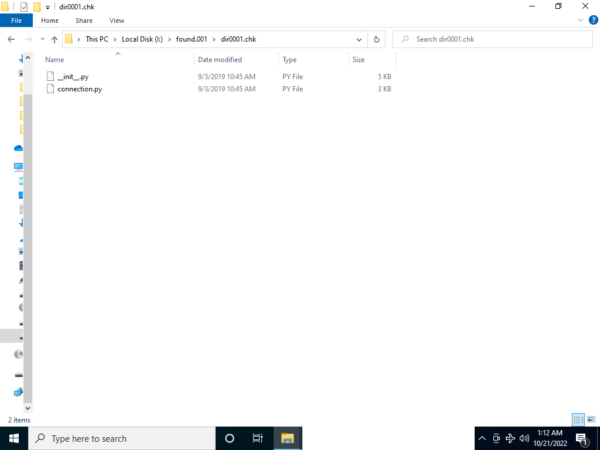 The computer of Stanley Bolten was hacked to where the computer cannot load the Windows 10 Operating System (OS). The computer was protected by third party secure encryption. However, somebody started injecting python script codes into the computer. PayLock encryption ransom-ware started showing up after usage of CHKDSK. CHKDSK logs were not retained due to quick action to save DATA, however CHKDSK confirmed hard disk had error after error. It found errors in the NTFS, the file-system, and stored the files in the chkdsk orphan file folders. Upon checking them out, weird python script files were discovered, along with images with the names PayLock and PaySplashScreen. This is similar to names used by ransom-ware hacker groups to lock computers demanding money or not longer be allowed access to personal DATA. Usually using encryption. Somebody is trying to hack the computer to be locked out. That attempt had failed. This was attempted 2 days ago, around November 19, 2022. Computer started reporting that it had to restart the computer to repair hard drive errors. SMART tool was used to check and it shown no issues and at approximately 80% health. It did not warn that the drive was failing, but now the hard drive corruption comes in, weird script tools showing up, and paylock. So somebody is trying to encrypt the files and lock the computer. Possibly demanding money or may be an attempt to do some other form of attack or set up or whatever. This is being reported on here for my safety.

CIA or Deep State WAGES WAR on US, Brian, and his family at Justice for Brian D. Hill of USWGO Alt. News 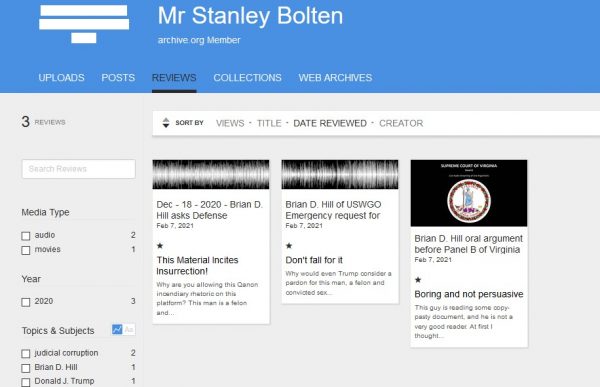 The attacks from TOR proxy IP Addresses and now more attacks on us from dedicated attack account on archive.org. The attacks against Justice for Brian D. Hill of USWGO Alternative News are ramping up. The CIA needs to stop attacking us, I am WARNING THE CIA TO STOP. If these attacks continue, then the CIA or whoever in the Deep State is doing this is declaring and waging an ACT OF TERRORISM on us. We won’t put up with this. Brian done nothing wrong, he is a virgin and he was clearly framed/set up. These attacks need to stop. All Brian has been trying to do for years is get his life back and b e acquitted. What is wrong with that? We won’t stop posting even if the CIA attacks us. This is ridiculous!!!!

Author: Stanley Bolten, Note: I am sorry to Aaron Kesel and ActivistPost but I have decided to go public with this information. I cannot stand to see Brian D. Hill being thrown in Federal Prison over and over again under… END_OF_DOCUMENT_TOKEN_TO_BE_REPLACED

by Laurie Azgard You heard it here, the website of mytruthdoc.com had admitted that “The hackers are trying to prevent the stream from airing.” Another article at an earlier time brought up that the website may have possibly been hacked…. END_OF_DOCUMENT_TOKEN_TO_BE_REPLACED