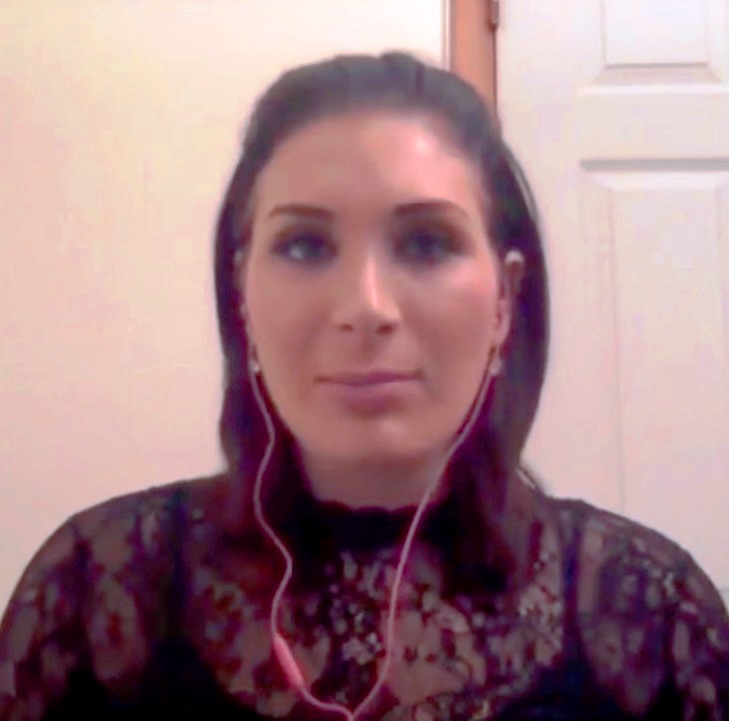 Note: Please vote for Laura Loomer for Congress if you live in her district in Florida. All we need is one good congressperson willing to stand up to judicial tyranny to help drain the swamp. Disclaimer: Laura Loomer did not endorse writing of this article. This article was written by me as I support Laura Loomer for agreeing to take on the judicial corruption. If she endorses it, it is at her own discretion and not at the discretion of this blog.

Laura Loomer, a candidate running for U.S. Congress as a republican for the 21st congressional district of Florida, is going to tackle the federal judicial corruption that has been slowly ongoing for centuries but has gotten worse every decade. Once the corrupt judges were remote cases but the judicial tyranny has gotten more severe. There are now many corrupt federal judges in the swamp. They are basically judicial dictators, judicial coup, a super-legislator like a ruler over the region. Ones appointed by a former President who was a member of the Skull and Bones 322 secret society, as well as federal judges appointed by former President Obama.

Many federal judges had been appointed by globalist puppet Presidents and therefore will not protect the American people’s constitutional rights but will only protect corrupt dirty cops (dirty police), corrupt FBI, corrupt DOJ, and will allow people to lie before the court if it is in favor of federal prosecutors which is a fraud upon the court. Federal Judges have tried to override and bury the historical Supreme Court case law against lawless government, and government agents breaking laws under the guise to catch lawbreakers, even frame up political activists and anybody who gets in the way of their corruption. Used to be, one in a happily ever after in our legal system,. the Supreme Court did in-fact stood up against government lawbreakers.

“We must subject government officials to the same rules of conduct that we expect of the citizen. The very existence of the government is imperiled if it fails to observe the law scrupulously. As Brandeis puts it, “if the government becomes a lawbreaker, it breeds contempt for law; it invites every man to become a law unto himself; it invites anarchy. To declare that in the administration of the criminal law the end justifies the means—to declare that the government may commit crimes in order to secure the conviction of a private criminal—would bring terrible retribution. Against that pernicious doctrine this court should resolutely set its face.””

Once in a long time ago, the Courts would openly discourage unconstitutional government usurpation of power, even if it meant letting a criminal defendant off the hook because it is better to let guilty people go than innocent people being locked up by cruel and careless federal judges that don’t care about locking up innocent people for years like Roger Stone and Brian Hill. Now federal judges are used as tools to imprison political dissent. Something that former President John F. Kennedy would be upset about if he were alive today.

Text messages are below of what Laura Loomer has responded in text messages emailed to me by a family member who had a relataive who was a victim of judicial corruption and is seeking her support on the matter. She has agreed to tackle that issue. If any of you have any decent common sense when voting for a candidate to be nominated, then please nominate Laura Loomer for Congress. We need fresh new people in Congress. She is a journalist for god’s sake. Journalists know what it is like being targeted by corrupt factions of the government and understand what corrupt government operatives framing up journalists and activists have been all about. 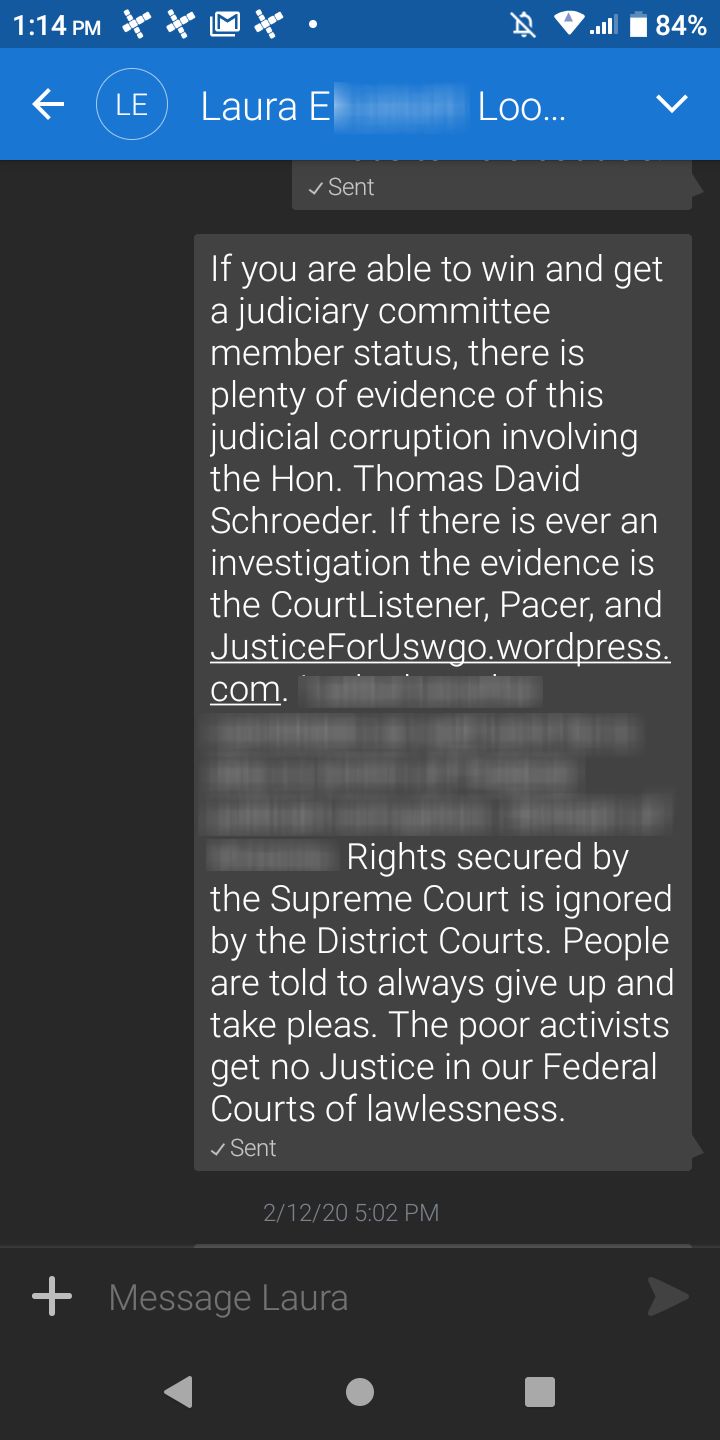 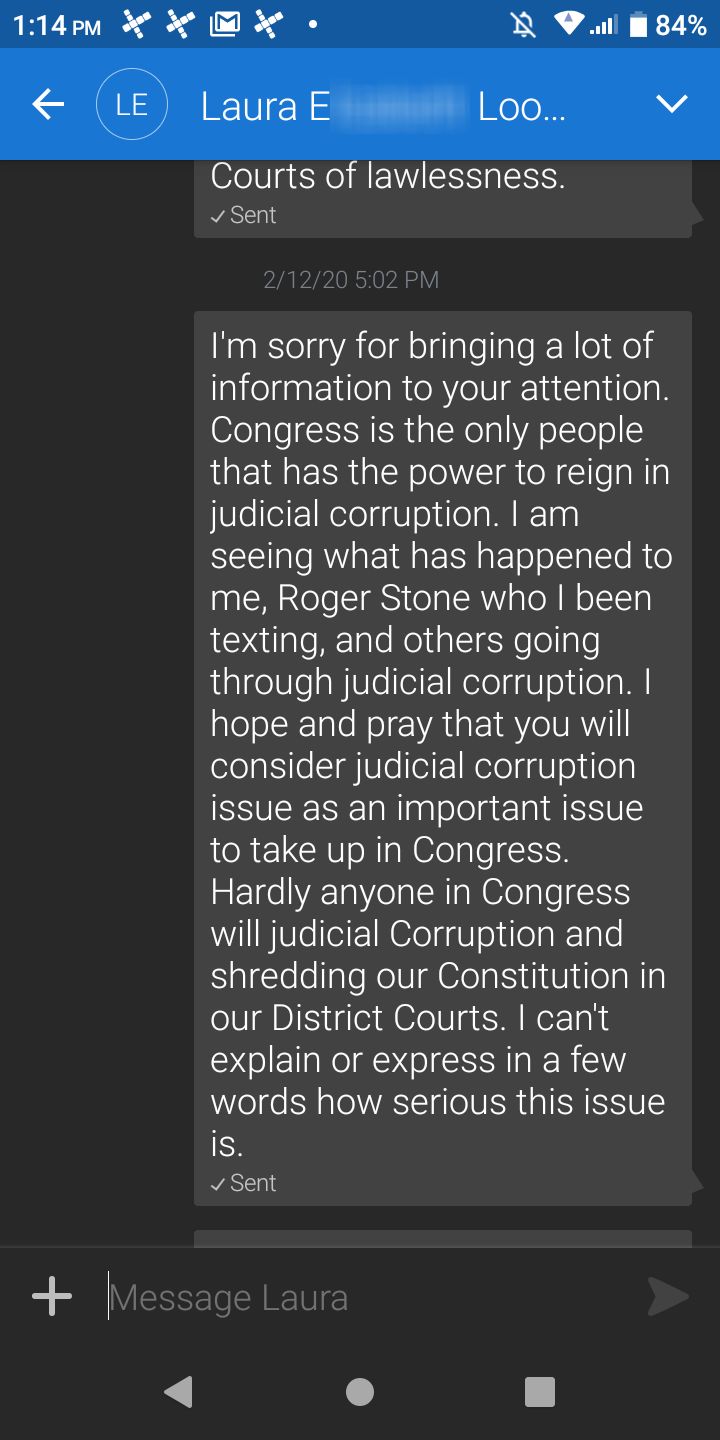 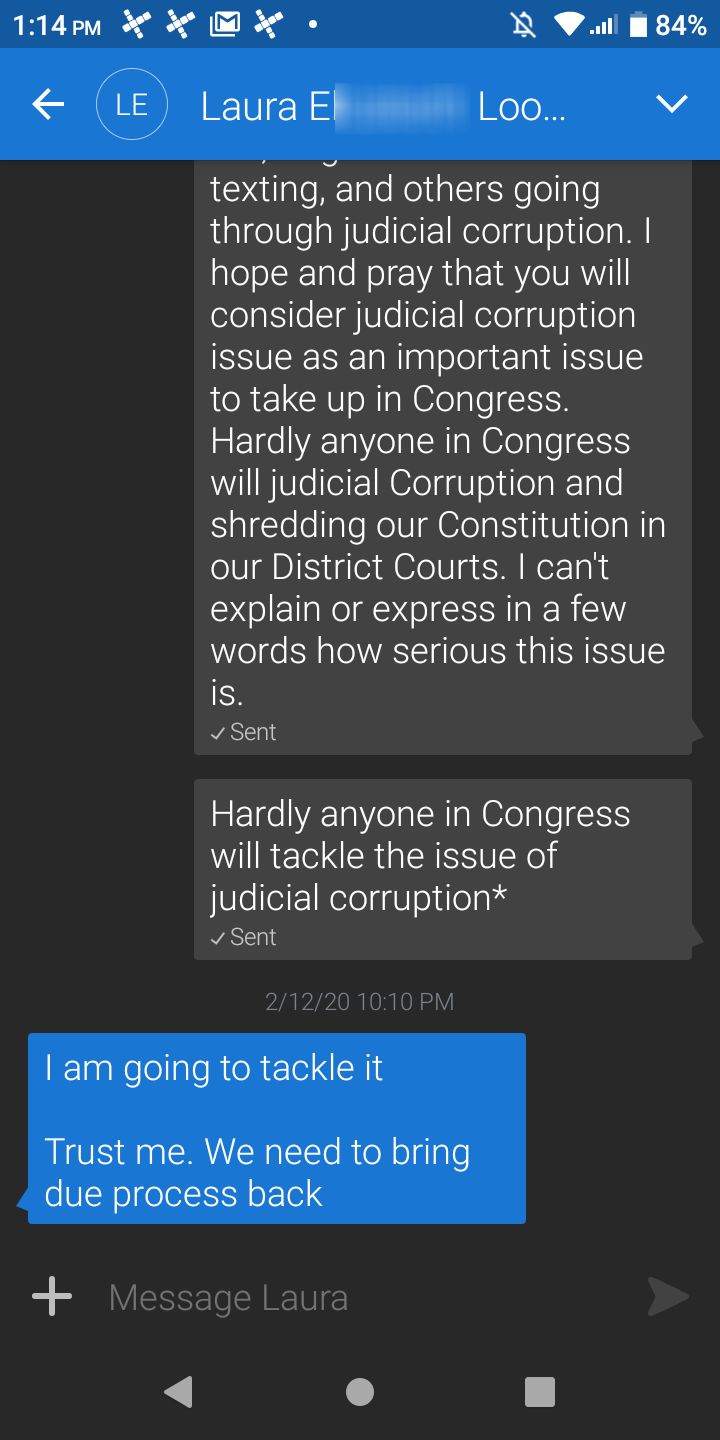 Whether or not you personally feel that Roger Stone and Brian Hill are guilty of their accused crimes, we are all supposed to be afforded due process. Innocent until proven guilty to protect possibly innocent people from being sent to prisons. We should not imprison innocent people to make it a tougher on crime system. Being tough on crime shouldn’t warrant prosecutors and judges throwing innocent people in prison without losing sleep at night.

Laura Loomer has agreed to tackle this issue. The evidence is in. Please vote for her. https://lauraloomerforcongress.com/

This site uses Akismet to reduce spam. Learn how your comment data is processed.

This is ONLY a backup web server of the original website.

This only contains a mirror of the original blog’s posts/content/pages. MIRROR SITE

If Brian D. Hill is in Federal Prison?

If Brian D. Hill is in Federal Prison, and you wish to show him your support or even send him prayers, then mail him at the following address with his name and inmate number:
Brian David Hill #29947-057
FMC Lexington
FEDERAL MEDICAL CENTER
P.O. BOX 14500
LEXINGTON, KY  40512
December 6, 2019 was Brian’s imprisonment!
Brian released! December 6, 2019

Donate to help me pay bills

You can also donate in BTC (Bitcoin) to my wallet if you want to contribute to paying for my server cost to get the word out about the wrongful conviction of Brian David Hill: [Disabled at this time]

I also promise to do what I can for justice. Once Brian’s conviction is overturned with y0ur help, his case can be used for other Habeas Corpus petitioners also fighting to prove actual innocence.

You can also purchase his book on Amazon to help his legal costs: